There is much more involved in being a commercial truck driver than sitting inside a cab. 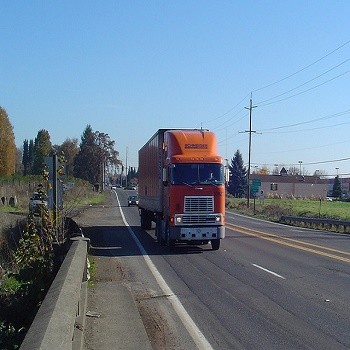 Many of their other work duties require heavy lifting and being in unsafe areas of warehouses and loading docks. These types of situations put them at risk for a work related accident. Since the vast majority of these injuries occur outside the walls of the employer’s place of business, it may be difficult to file a claim for workman’s compensation. If you are a truck driver suffering from an injury and are unsure if you are eligible to file a claim, speak with a Missouri workman’s compensation attorney to learn about your rights.

Which State to File a Claim

One issue to consider when you need to file a claim is what state should it be filed in. The company you work for may be located in one state, while you live in another state, and yet the accident occurred in a different one. Depending on the circumstances, you may have a choice as to which state to file in, or even be permitted to file in more than one. With the help of a Missouri workman’s compensation attorney, you could investigate first to determine which jurisdiction is best for your case.

Injuries Sustained Outside of the Truck

The injury rate for truckers is very high, but surprisingly the majority of their injuries are sustained outside of the truck. Falling out of or off of the truck is a common accident that could cause any number of type of injuries from minor bruising to broken bones or even a traumatic head injury. The second most common accident is muscle or back strain from lifting heavy materials. The number one argument that an employer will give when denying a trucker workman’s compensation benefits, is that the trucker was not working at the time of the incident. This is a very fine line of distinction for a Missouri workman’s compensation attorney to have to prove since even though the driver may not be behind the wheel at the time of the accident, should he still be considered “on the clock”.

A Back Injury From Falling Off the Truck

For example, if a fall occurs at a loading dock, then of course the trucker was in the scope of his job at the time of the incident, but what about if the fall happened at a rest stop? This was the case for a Missouri trucker who was initially denied his claim after he slipped off of his trailer and injured his back. It was up to him and his attorney to prove that even though he was done driving for the day, securing the trailer for the night was still in the scope of his employment. The administrative judge agreed and instructed the employer to pay $35,000 in back payments plus provide permanent and total disability benefits to the trucker.

Being a billion dollar industry, trucking companies have the funds available to aggressively fight any claim for workman’s compensation. If you are a trucker who was injured on the job, contact The Law Office of James M. Hoffmann at (314) 361-4300 to ensure that you receive the compensation that the law entitles you to.