The Missouri workers’ compensation commission recently made the decision to allow a man to collect unemployment benefits and simultaneously collect disability benefits. 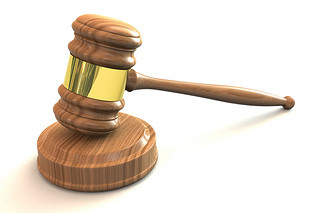 These two are usually mutually exclusive because in order to collect unemployment, a person has to be both willing and able to work, while disability benefits are an option when a workplace accident renders an employee unable to work.

The claimant had made a claim against the second injury fund saying that the combination of previous workplace injuries with the current trigger finger injury he sustained on the job had rendered him unemployable. The claimant had worked for his employer for many years and continued to work at the same job after he became injured. However, he was heavily accommodated by his employer, so during this period he was not truly competing in the labor market. He was determined to have a 15% disability of his thumb and settled the case against the employer.

The claimant then made a claim against the second injury fund that was based on the premise of the trigger finger injury compounding with previous work injuries, rendering him unemployable. The man had been injured several times before in accidents involving his arms.

The second injury fund responded by saying that the claimant’s previous injuries were not symptomatic at the time he sustained the trigger finger injury and that those injuries were also not at maximum medical improvement. However, it was decided that there was enough evidence to conclude that the claimant had a measurable disability that was preventing him from being able to work.

delayed [treatment of the left arm] for years due to tactics employed by the employer.”

If you have sustained a workplace injury that is preventing you from returning to work or has left you permanently disabled, contact a Missouri workers’ compensation attorney to discuss your options. Many injured workers do not realize what options may be available and what benefits they may be eligible for. Experienced Missouri workers’ compensation attorneys who understand Missouri laws and precedents will be in the best position to help you get the benefits you need in order to sustain your family and move forward with your life.

Hopefully, obtaining the benefits you are entitled to will go smoothly, but sometimes it does not, and this can be discouraging. However, Missouri law entitles injured workers to benefits and an experienced Missouri workers’ compensation attorney can help you to access these benefits. You may be eligible for additional benefits that your attorney can give you more information about.

To schedule a free consultation with an experienced St. Louis workers compensation attorney call the Law Office of James M. Hoffmann at (314) 361-4300 or fill out our online case evaluation form.