In early September a highway memorial sign was erected in honor of a state trooper who was killed during a routine traffic stop in Illinois. 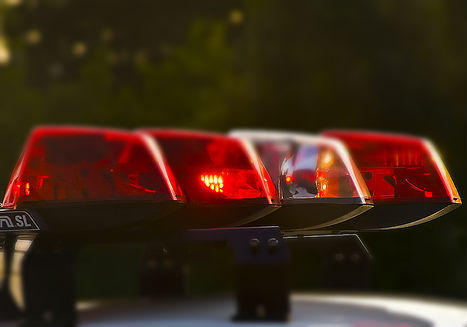 Kyle Deatherage, a 32-year-old Illinois trooper had traveled out to New Jersey last year with a group of 28 other troopers to help with the aftermath of Hurricane Sandy. Deatherage had just gotten back from the trip and was back on the job by November 26, performing a routine traffic stop. He had pulled a vehicle over on northbound Interstate 55. Deatherage got out of his vehicle, approached the car, and was talking to the driver, when he was suddenly hit by a passing semi truck. Deatherage’s injuries were extensive and he was pronounced dead at the scene of the accident.

A thorough investigation of the incident ended with the 52-year-old driver of the semi truck being charged with several criminal offenses. These offenses included failing to slow down or change lanes to avoid hitting Deatherage, operating a commercial vehicle without a valid driver’s license, and reckless homicide. The truck driver had apparently fallen asleep at the wheel and had not seen Deatherage at the side of the road. If he is convicted of these charges the man could face up to 14 years in prison.

Deatherage is survived by his wife and children. They have also filed a wrongful death lawsuit against the man and Dot Transportation Inc. (DTI), his employer.

Attorneys for the family undertook their own investigation following the crash that killed Deatherage, and found that other allegations had been made against the driver in the last several years. A memo from October 2009 from a manager at DTI mentioned that there were already three accidents that this man had been involved in. Accidents where he was accused of falling asleep at the wheel of his semi truck, falsifying log book records, and exceeding the mileage limit that federal law allows drivers to be behind the wheel. He also failed to attend safety meetings. However, DTI did not see any of this as enough reason to take him off the road. But they did see the need to send him for more training.

When trucking company’s profits rely so heavily on truck drivers and having them out on the roads, safety may take a back seat. While DTI had knowledge that this driver was repeatedly endangering the lives of others by the apparently careless way he was operating his vehicle and his disregard for safety concerns, they continued to let him drive. For more than three years the company had this knowledge that he posed a very real danger when they sent him out, yet they ignored it.

Passenger vehicles, pedestrians, and anyone else sharing the road with semi trucks are in danger when unsafe drivers get behind the wheel. Even under the best circumstances these huge vehicles are imposing and potentially dangerous. Controlling a semi, braking, reacting to obstacles in the road or traffic changes, are much more difficult with vehicles of that size. Added to that equation is the the thousands of pounds of goods or material loaded in the back of the truck. For accidents not to happen, not only does the driver have to be at the top of his or her game, but the truck has to be well-maintained and inspected, and the trailer has to be properly loaded.

The driver in this instance had already been in a number of accidents, had proved himself to be an unsafe and risky driver, and demonstrated that safety was not a priority. By allowing himself to continue driving it was only a matter of time before he seriously injured or killed someone.

Deatherage’s brother Kenny says he hopes the memorial in honor of his brother will do more than honor his memory, he hopes that it will serve as a reminder to drivers to slow down or move over when they see anyone on the side of the road.

If you or a loved one has been injured in a semi truck accident contact a Missouri truck accident attorney at the Law Office of James M. Hoffmann to discuss your legal options.