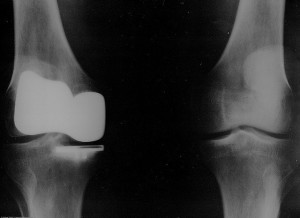 Workers compensation is in place to provide for workers who can no longer perform work related tasks due to a work related injury or illness.

Missouri businesses pay a 3% surcharge to the workers compensation insurance fund run by the Division of Workers which processes claims, awarding financial benefits to those deemed worthy under the law.

Individuals with a history of injury or illness can potentially be excluded from workers compensation due to a loophole under the law. In cases where the contributing factors of the injury were sustained while on the job, pre-existing conditions do not impact the workers compensation claim.

In one lardmark case, a long term employee of a trucking company was injured while on the job and the employer tried to reverse the court’s decision to award full benefits.

The man had worked for Werner Enterprises as a delivery driver for over 6 years when he sustained a head injury while on the job. While unloading a truck at Anheuser-Busch in St. Louis, a partially filled keg became loose, striking him in the head. He was taken to the hospital for treatment and was released. Over the course of months, he experienced knee and back pain due to the injury and had to undergo medical procedures during this time. He was unable to return to work due to his injuries.

The man took his claim to court in 2005, with the help of a Missouri workers compensation attorney who presented evidence showing that he was injured on the job and was unable to work due to the resulting medical condition.
The court ruled in the man’s favour in his 2005 claim for permanent total disability workers compensation benefits. The fight was not over, however, as Werner Enterprises appealed on the grounds that the man had previous injuries to his knees and back. Werner presented evidence showing that he had a prior injury which was only aggravated by the accident at work.

On appeal, the man again won the case due to his Missouri workers compensation lawyer being able to show conclusively that his injuries were exacerbated by the work related accident. The court upheld the previous decision to grant full benefits, including requiring Werner Enterprises to pay ongoing medical costs.

Lately, the Missouri court of appeals has been hearing an increasing number of cases involving plaintiffs who have been denied benefits due to “pre-existing conditions” as employers try to avoid paying hefty fees for medical and other coverage for employees injured on the job.

While companies may wish to avoid paying for workers who they believe have pre-existing injuries, the Missouri court system is upholding such rulings, finding that injury and illness caused or aggravated by work related stressors possess a valid claim for payment under the workers compensation laws. Workers injured on the job, even in cases where the injury serves to increase the severity of a condition, can often receive full benefits under the law.