Current Connecticut law does not allow for employees to receive workers’ compensation benefits for emotional trauma caused by an event at work, unless it is connected to or in addition to a physical injury. 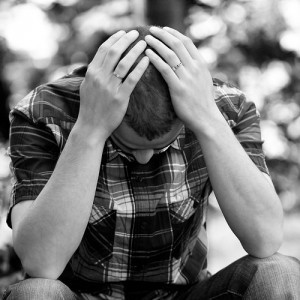 Since a state reform in 1993 where lawmakers voted to limit benefits for employees who suffered from mental or emotional trauma in an attempt to save money, there have been few options for employees suffering from non-physical injuries.

But in light of the events of the Connecticut Newtown school shootings and the many emergency responders and teachers who have been unable to return to work due to emotional trauma and post traumatic stress disorder, many revisit the idea of providing workers’ compensation benefits for emotional trauma victims.

As it currently stands, the events of the Newtown shooting and its circumstances do not meet the necessary requirements. The chairman of the Connecticut Workers’ Compensation Commission, relates that “most, if not everyone, agrees that the circumstances which existed in the Newtown tragedy do not meet the requirements for the statute for even emotional counseling.” The Labor Committee in the legislature wants to amend the law to provide for workers who suffer emotional trauma, and there is a group of workers’ compensation attorneys and union leaders working toward that end as well. Senator Cathy Olsen, D-Sprague, says that “workers’ compensation isn’t only about physical injuries, it’s about the psychological and emotional trauma that occurs around events such as Newtown and in the daily street shootings we hear about in Connecticut.” She says that while strides have been made in attending to the care of veterans with PTSD, the workers’ compensation system needs to follow suit.

Not everyone is on board with these new proposals, however. The Connecticut Conference of Municipalities has been one of the opponents. They provide workers’ compensation insurance for the school’s employees and disagree with the idea of having to pay more benefits, expressing concern that this could lead to an increase in fraudulent claims, specifically from employees who may have experienced a traumatic event like a death in the workplace, but had no resulting emotional trauma. Their spokesperson says that the changes would set expensive new precedents within the workers’ compensation system that would strain municipal budgets.

Workers or their families who have been injured or killed have had access to benefits that are denied to workers who have suffered emotional or mental trauma. They were unable to receive compensation for lost wages or mental health treatment. It is notable that the Newtown police commissioner is also a personal injury attorney. He says that the lives of the people affected by these tragic incidents are worth the increased cost and that they deserve treatment just as much as those who are physically injured and that the change would fill the current void that exists within the workers’ compensation system. He says that these cases would still need legal merit, so the distress over the possibility for an increase in fraudulent cases, is not significant. “Even if you had a lot of people filing these claims, they would still need to meet the legal threshold of proving work caused the injury.”

Other states like Georgia and Wisconsin have followed suit in revisiting the discussion. Wisconsin has tightened restrictions on emotional injury claims after seeing a recent increase in the amount of these claims filed. And Georgia currently does not allow for claims of emotional injury if there is no accompanying physical injury, but, like Connecticut, is considering revising this and making emotional injury compensable under workers’ compensation law.

At the Law Office of James M. Hoffmann we have a proven track record of assisting our clients get the medical attention and financial compensation they are entitled to.