The employer claimed it should not have to pay permanent total disability to injured woman who refused to quit smoking. 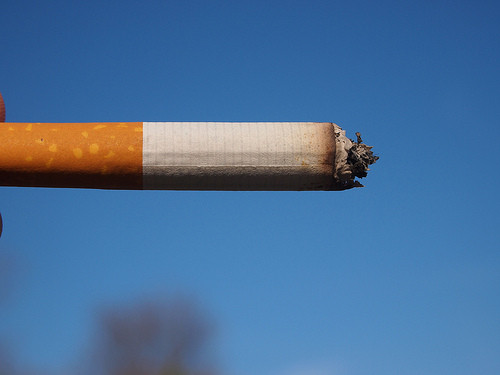 An interesting precedent was set by a case settled in August, 2013. A worker became injured at work while lifting some books. The injury necessitated back surgery, which she had, but she was unable to continue working because of her nonunion (fractures not healing properly) and intractable back pain. The woman’s employer questioned whether it was right for the employer to be responsible for paying the woman lifetime benefits when she could have had an additional surgery to improve her condition, but was unable to have the surgery because of her smoking addiction. It was also mentioned that her smoking could have contributed to why her body did not heal properly in the first place.

The law states that it is not the employer’s responsibility to make lifetime payments if there is proof that it was the employee’s “unreasonable refusal” preventing the treatment from happening. In other words, the employee is owed no compensation if either the death or the disability of that employee is caused or worsened by his or her own unreasonable refusal to undergo treatment if there is no great risk in the procedure itself.

However, in the case of the injured smoker, the administrative law judge presiding over the case, determined that the employer did not adequately prove that the woman unreasonably refused to have the surgery. Rather, the woman was unable to have the surgery because of her smoking, despite her considerable efforts to quit. The woman had smoked for a decade but had attempted quitting smoking several times using a nicotine patch, tried hypnosis, and had even participated in programs the employer offered to employees to help them quit once and for all. She was not successful in these attempts to put smoking behind her.

The administrative law judge said that the woman had not refused the employer’s “offer” of surgery. Rather, there had been no offer of surgery because the two surgeons who were consulted said they would not perform the surgery at all because it would be too risky to perform the procedure on someone with a nicotine addiction. Before the hearing, the employer had agreed that the woman was permanently and totally disabled and had agreed to open medical. The injured woman’s two medical experts both agreed that she had not yet reached maximum medical improvement.

Even though the administrative law judge noted that this statute could be seen as rewarding someone’s poor lifestyle choices, the judge said that it would be up to the legislature to make any changes to the current law.

There had been a previous case decided by the court of appeals that dealt with a claimant who made similar poor lifestyle choices and failed to quit smoking or lose weight. The court decided that such decisions could be interpreted as unreasonable refusal. However, this current case was different from the previous one because the employer agreed to open medical before the start of the case, and the claimant was open to having the needed surgical treatment.

While the employer did agree that it would owe the claimant future medical expenses, the employer would not agree to owing the claimant benefits for total disability because she did not quit smoking. The Commission does not consider actions like failing to quit smoking as an unreasonable refusal if the injured worker has made a good faith effort to quit. The woman had, through her participation in several programs, hypnosis, and nicotine patch use, made a good faith effort. Additionally, the woman wanted to have the surgery. Even if she had not wanted the surgery, the result could have been the same. So in theory she could have chosen conservative treatment and still not have been considered “unreasonably refusing” the surgery.