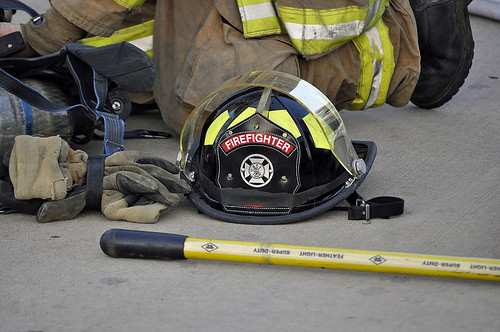 Firefighters in one county are calling for an investigation into the county’s workers’ compensation system.

These firefighters claim that their benefits have either been delayed or remain unpaid.

International Association of Firefighters Local 1664, the union for career firefighters in Montgomery County, Maryland have asked for an investigation to be conducted by the County Council, as well as an investigation conducted by the county Office of the Inspector General that will examine the California-based company, CorVel Corp, which handles the workers’ comp cases in Montgomery County. The investigation by the County Council would be handled by the Office of Legislative Oversight.

The union wrote a letter to Inspector General Edward L. Blansitt III on July 8, alleging that the firefighters have suffered losses in medical treatment and other benefits because of CorVel Corp’s delays and inaction. Additionally, it claims that the county also lost out on money for the same reason. The letter written by union President Jeffrey Buddle discusses how the company’s refusal to honor injury claims as well as how it used tactics to delay both benefits and medical care, circumstances that cost some firemen their jobs. “For some, the delay has caused their medical condition to worsen so dramatically that employees have been forced to retire on service connected disability retirement costing the County hundreds of thousands of dollars in disability retirement benefits,” Buddle said.

In 2012 Buddle says that the contractor that handles workers’ comp claims for the county, changed from Gallagher Bassett to CorVel. He says that Managed Care Innovations is the company that owns both of these subsidiaries. Buddle says that it was after this change that the system stopped working and became “unbearable.” In his letter, Buddle wrote “In our view it is clear that the third party administrator system is in need of a top to bottom review of its practices and procedures that have resulted not only in unnecessary delays in medical care to the employees of Montgomery County Government, but unnecessary expenses to the County as well (in the form of Commission-ordered penalties).” He explains that since 2012 there have been more than 75 complaints against CorVel.

Blansitt confirmed that an investigation has been requested from his office and from the Office of Legislative Oversight.

The Office of the Inspector General is responsible for examining how well the county’s program is executed and just how efficient it is. This includes evaluating how the office detects and prevents fraud, as well as abuses of the system and waste. The office is then expected to propose fixes to improve the fiscal, legal, and ethical function and accountability of the county government.

These are new allegations, according to chief of Montgomery County’s Division of Risk Management in the Department of Finance, Pam Schroeder. She says that she takes the allegations of forced retirement very seriously and she wants injured workers to have access to speedy health care, but says she has not heard Buddle’s complaints until now.

Joseph Beach, the Finance Director, is planning to send a response to Buddle and the union which details the claims in the letter that the county disputes. The county claims that CorVel is not actually a subsidiary of the company Managed Care Innovations. Instead, the three companies are separate entities. Schroeder explains that CorVel cuts the checks but Managed Care Innovations is employed by the county as general contractor. CorVel would be responsible for paying any penalties.

If you have been injured on the job in Missouri and are having trouble collecting benefits, contact an experienced St. Louis workers’ compensation attorney.

The legal experts at the Law Office of James M. Hoffmann have been working for over 20 years to protect the rights of injured St. Louis workers. To schedule a free and private consultation call us today at (314) 361-4300 or fill out our online contact form.