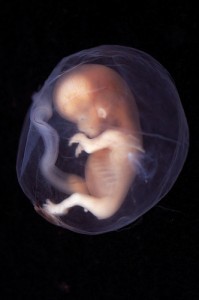 Workers’ compensation laws differ from state to state. One interesting issue that is currently being debated in several states is whether or not a child has the right to sue the mother’s employer if she was pregnant and she and her fetus were injured.

If a mother is injured when she is pregnant, and the fetus is injured as well, does the fetus have the right after birth to take action against the mother’s employer?

The issue has been addressed by several different courts with different results in different jurisdictions. Snyder v. Michael’s Stores, Inc., 945 P.2d 781 (1997) is one example. The mother’s employer was sued by the parents of a minor child on the child’s behalf, for damages to the child that resulted from negligence on the part of the employer. The lawsuit claimed that the mother was exposed to carbon monoxide in toxic amounts, and that the fetus was subsequently exposed.

This is based on the idea of derivative injury that stipulates that if the fetus is injured separately from the mother and the fetus’ injury did not derive from the mother’s, then workers’ compensation does not apply. Then the child can take action against the mother’s employer for injuries sustained in utero.

Another court, the United States District Court, District of Columbia decided that as per the D.C. workers’ comp laws, an employer’s liability for workplace injuries for employees and their dependents is limited to the workers’ comp system.

This decision is demonstrated in Lockhart v. Coastal International Security, Inc., 2012 WL 5873681. In this case an employee and her child brought a case against the mother’s employer, claiming negligence. The claim asserted negligence, negligent supervision, and that the supervisor inflicted emotional distress on the mother when she was not feeling well and was still denied an extra break.

The court ultimately decide that the damages that could be sought were limited to what can be recovered under the workers’ compensation.

Each case came to a different conclusion, and because workers’ comp laws differ from state to state, the way that the law is worded and applied can vary significantly. Some issues are not directly addressed in the law itself, and in these instances it is left up to the courts to decide on a precedent.

The question is when does a fetus become a third party plaintiff who can bring suit against the mother’s employer? When new questions like these arise, it is important to pay close attention because changing workers’ comp laws and the way that they are interpreted can have a major impact on both workers’ rights and the expectations of liability for employers.

When you are injured you need the compensation you are entitled to quickly. You likely have medical bills, in addition to everyday expenses. At the Law Office of James M. Hoffmann we have the experience and knowledge to resolve your claim quickly and get you the compensation you deserve. Call (314) 361-4300 or fill out our online contact form for a free consultation.