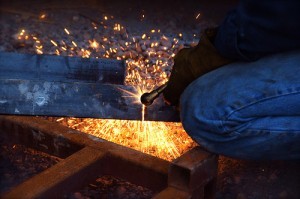 Three workers in have been accused of workers’ compensation fraud after they apparently lied about their injuries.

The three workers filed for workers’ compensation benefits when they became injured at the metal fabrication company, L.E.F. Inc., in November of 2011. They claimed that the facial burns they received were caused by a welding torch that leaked accidentally on the night of November 19. All three filed for workers’ compensation benefits in December 2011. But an investigation has turned up very different results from what the three workers claimed happened that night.

The men were working the evening shift at L.E.F. Inc. in Tulsa, Oklahoma and although they claim the malfunctioning welding torched caused an explosion and a flash fire that left them burned, the investigation tells a very different story that indicates fraud. There has been no evidence uncovered that indicates equipment malfunction inside the plant. Additionally, another worker on duty at the plant that night reports that he did not see a fire or the flash of an explosion.

What has been discovered is evidence that the facial burns happened that night when the men were outside the plant playing with small explosives. A burned cigarette lighter was discovered outside the plant by a supervisor, as well as balloon fragments, a pressure tank, one exploded and charred five gallon plastic container, and two plastic drinking bottles, all believed to have been used as small explosive devices. The same supervisor also found fireworks, balloons and a plastic bottle, a golf ball with a fuse inside it, and hollow practice golf balls, inside one of the men’s locker.

The three men have been charged with workers’ compensation fraud by the Oklahoma attorney general’s office. The felony charges are currently pending in the Tulsa County District Court.

The workers’ compensation system is in place to protect both workers and their employers. Employers are protected because workers relinquish their rights to bring a civil case against employers, but in exchange workers are entitled to workers’ compensation benefits when injured on the job. Employees should have medical treatment covered, as well as lost wages and other compensation relating to the injury. The benefits to which the employee is entitled depends on the injury and the prescribed treatment plan.

The current workers’ comp system differs from state to state and is not perfect. There is plenty of room for improvement and sometimes employers and employees attempt to cheat the system. Workers may try to get benefits when they are not really injured or, as in this case, when their injuries were not work related. Employers and their insurance companies may try to avoid assuming financial responsibility for injuries by denying claims or saying that an employee’s injuries were preexisting.

Just because fraud exists on both sides of the fence does not mean that the system can be scrapped entirely. When workers are injured on the job and the injuries are directly related to their job, they are absolutely entitled to compensation for those injuries. Injured workers should report injuries to their supervisor immediately, and seek advice from a Missouri workers’ compensation attorney if they have any questions or run into any difficulties obtaining the compensation they deserve.

We have been fighting for the rights of injured Missouri workers for over 20 years. If you have experienced a work related injury contact us by calling (314) 361-4300 or by filling out our online contact form to schedule a free consultation.