Occupational diseases such as carpal tunnel syndrome are a leading cause for workman’s compensation claims in the United States. 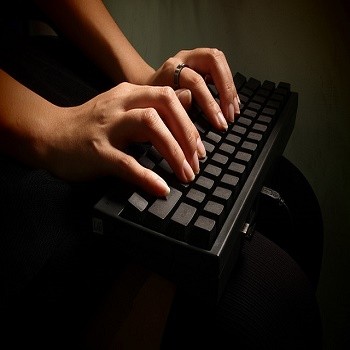 They are also the most disputed. What puts them under such scrutiny from the insurance companies is the likelihood that they developed from a factor not related to work. Unfortunately, the older the employee, the more likely this argument will be made. If you have developed carpal tunnel syndrome or another occupational disease and your claim has been denied, ask a St. Louis injured at work lawyer for help in receiving your rightful benefits.

Caused by Everyday Activity or Work-Related?

Since the symptoms of carpal tunnel syndrome resemble that of age-related illnesses like arthritis, most insurance companies will try and argue that the disease was caused by everyday activities, not from activities performed at work. What the Missouri workman’s compensation attorney needs to show in these instances is how the scope of the employees’ job could cause the disease to develop. Missouri law protects the injured employee in these cases and has a statute in place that clearly states that there only need to be a probability of the job causing the injury and that one expert opinion is sufficient to meet that criteria. In addition, the employment need not be the sole cause.

This is great news for older employees that develop the illness after years of employment. Take for example the case of a St. Louis handicapped van driver. She was diagnosed with carpal tunnel syndrome and filed a claim to receive benefits to treat the disease. Her claim was denied with the employer stating that her job requirements did not include any type of work that would lead to the disease. Too further complicate the case, the employer tried to blame the development of the disease on the employee’s poor health and weight.

It only took one medical expert’s opinion to convince the administrative panel otherwise. He pointed out how it was not just the driving that caused the illness, but also the constant maneuvering of wheelchairs. Even though her weight and health may have contributed to the progression of the disease, this could not be considered due to the Missouri statute. As a result, the van driver was awarded over $30,000 in benefits for past medical care.

When the Employee is Older

This is a common scenario seen by Missouri workman’s compensation attorneys, particularly in cases involving older employees. Age-related illnesses often mirror work place injuries and are further complicated by poor health. Repetitive motion diseases like carpal tunnel syndrome are caused by dozens of different work-related duties. Employers fail to recognize that strain can be put on the hand by any task that is performed continuously over a long period of time.

If you have developed an occupational disease that your employer feels is not job related, then contact The Law Office of James M. Hoffmann at (314) 361-4300 and appeal the decision. Your age should not be a factor when deciding if a claim is valid or not.