Unbeknownst to many who have been hurt or threatened by a person acting on behalf of a company, the business or person who hired them may be held liable. 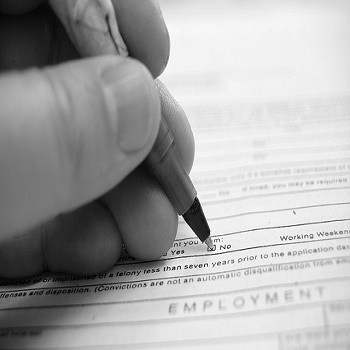 In Missouri law, this is known as negligent hiring or retention and is based on the principle that an employer should have been aware that someone working for them was a threat to others. While some believe that the employer can only be responsible for information that was made available to them, under certain circumstances they could be held liable if it can be shown that with investigation they could have uncovered the truth.

When a Person Hired is Unfit and Unsafe

Proving negligent hiring or retention is not easy and will require the assistance of a St. Louis personal injury lawyer. The attorney will first have to determine if and when the employer was aware that the person they had hired was unfit and unsafe for the position offered. This is seen in cases where, for example, a repairman is sent to fix an appliance. Let’s assume it is a broken air conditioner and you have called a heating and cooling company to come to your home and fix it. Their technician, whom you believe to have experience, gets it running again and leaves. The next day, as you walk past the unit you are hit in the leg with a blast of Freon, causing a serious injury that requires medical attention. Upon investigation, it is found that the technician had no prior training with repairing an air conditioning unit. The question at this point is who is to blame for that.

In this instance, the employer would most likely be held, if not entirely, then at least partially for your injury. They have a duty or responsibility to verify the applicants’ education and training prior to allowing them to handle such machinery. The employee was wrong for lying, but the employer is also wrong for not investigating the employee before hiring them.

The Responsibility of the Employer

Other examples of negligent hiring could have catastrophic results like in the wrongful death suit filed against a plumbing company. They hired a convicted felon whose job duties included entering customer’s homes unsupervised to perform repairs. They took the felon at his word and never conducted any type of background check before handing over the keys to a company car and sending him out on repair jobs. During one of these visits, he robbed and killed one of their clients during a routine repair. Little comfort to the family of the woman killed, but they were able to settle the wrongful death claim for $500,000.

You have a right to question the experience or history of any repairman before allowing them to enter your home. The company they represent should be ensuring your safety by conducting thorough checks into their background, especially when the work requires going inside a private residence. If you have been victimized or hurt by an employee of a trusted company, then it is within your rights to seek compensation for your injuries. Contact The Law Office of James M. Hoffmann at (314) 361-4300.