Assembly line workers are prone to workplace injuries, mainly because of heavy equipment and power-driven machines. 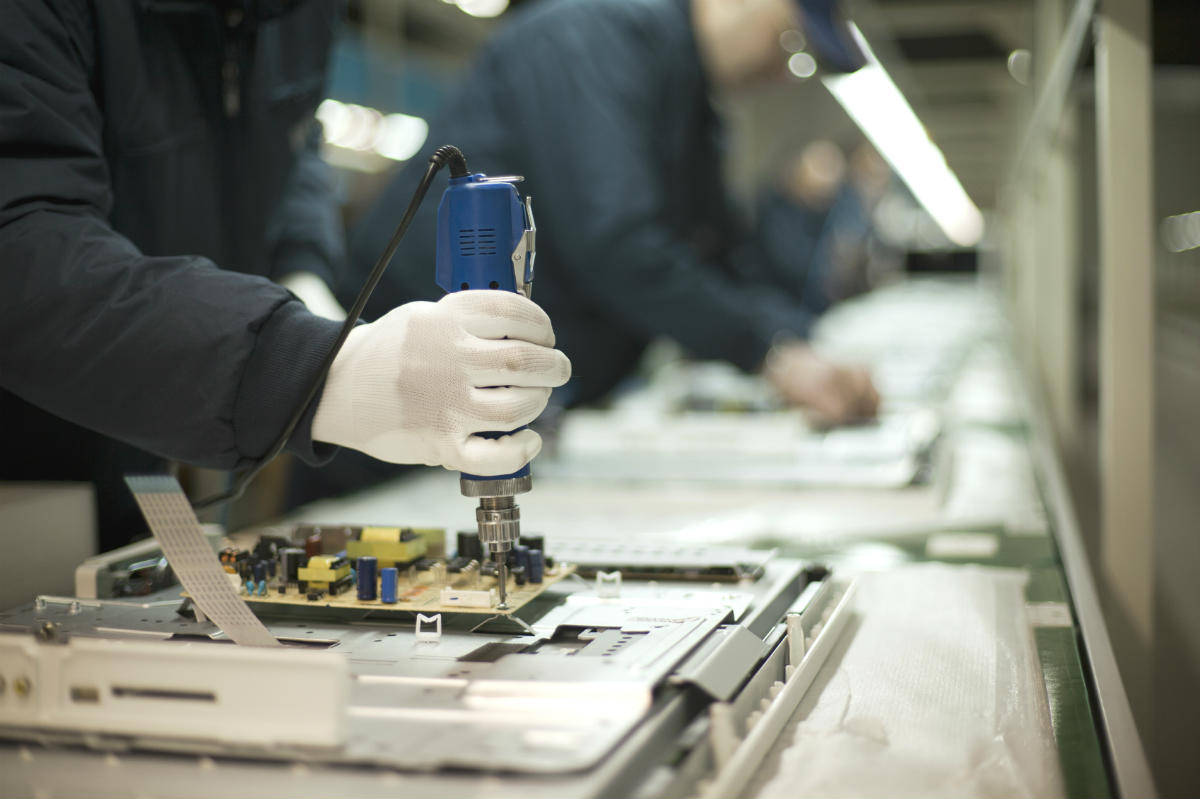 Unsafe working conditions combined with a lack of safety precautions contribute to manufacturing accidents. Manufacturing accidents are often serious and may render a worker incapable of working again and earning their living. Some classes of workers such as material handlers, assemblers, machine operators, and general laborers are more prone to injuries. For such workers, injuries may have catastrophic and lifelong effects.

Assembly lines can be a dangerous environment and pose many threats to workers. Although people working in different types of manufacturing setups perform different tasks, the hazards they face are similar across the industry. Some common risks faced by workers in the manufacturing sector are:

Some injuries are a result of machinery accidents, but continuous exposure to hazardous materials such as chemicals, plastics, metal, glass, and other similar substances can also cause illness. Failure to enforce safety codes and regulations also contribute to assembly line accidents. Negligent operation and machinery malfunctions are also a common cause of injuries. Lack of safety training also plays a major role in causing assembly line injuries.

Are you unsure if your work-related injury will be covered by workers’ compensation?

Injuries Not Covered by Workers’ Compensation

Not all injuries are covered under workers’ compensation. Workplace injuries such as minor cuts, scrapes, and small wounds which can generally be treated with first aid usually do not warrant any compensation. On the other hand, if the workplace environment has caused you a chronic illness, for example, continuous headaches caused by working in a chemical unit, you may seek compensation for the injury.

The most important question that arises is whether injuries sustained outside the workplace are covered or not. In this case, the general rule of employment at the time of the incident would be applicable. If the injury has occurred while you have been at work, then it may be covered under workers’ compensation. This means that if you are a salesman and you are injured while traveling, you may be eligible for compensation. On the other hand, if you had stepped out of your workplace during the lunch hour and got injured, you may not be eligible for compensation as you were not actually at work at the time of the injury. The same rule applies when you sustain injuries while commuting to and from work.

Commuting To and From Work

Traveling to and from work is considered outside the scope of employment; therefore, injuries sustained during commuting are not eligible for compensation. However, if you have sustained injuries while traveling for the purpose of work, such as attending a client meeting, you may be eligible for a workers’ compensation claim.

There are some types of injuries which happen at work, but are not work-related; such cases include injuries sustained during horseplay, fighting, or due to alcohol or drug use. In such cases, the workers’ compensation claim is denied as the person injured was not involved in productive work or was acting with utter disregard to personal safety.

There are other types of injuries or illnesses which may occur due to prolonged exposure to a toxic environment. These are called occupational diseases. These conditions develop over time and the symptoms appear gradually and then worsen with passing time. The best judge for this illness is your doctor who can check you and your symptoms thoroughly and advice the way ahead for claiming compensation for the illness contracted or injuries sustained.

Depression and post traumatic stress disorder are common illnesses which develop in response to physical injuries sustained. If you have developed a stress-related illness, contact your family doctor and a Missouri workers’ compensation lawyer so that you can be sure of receiving the compensation that you may be eligible for.

If you are unsure of whether or not your injury is eligible for workers’ compensation, call The Law Office of James M. Hoffmann at (314) 361-4300.

Workers who suffer from occupational illnesses may seek benefits under the Missouri workers’ compensation system to receive compensation for medical expenses and loss of wages.

A worker may be at risk of developing asthma without exposure to occupational elements if he or she has a personal or family history of allergies or asthma. When the worker reaches the workplace, exposure to allergens may cause the condition to worsen. Missouri workers’ compensation lawyers have come across several cases of occupational asthma and most of them are caused by one of the following agents:

Can the Affects of Occupational Asthma Be Minimized?

It takes effort on the part of an employer to prevent occupational asthma or to minimize its effects. The primary cause of occupational asthma is the workplace air. Federal and state laws regulate the internal air quality, and improvements in the quality of air can considerably affect the pollutant levels at the workplace. Air ducts and airways in the workplace should be clean and well maintained to allow a free flow of air. Also, the employer can conduct chemical tests to detect pollutants and other health hazards lurking in the air.

Can an Employer Be Held Responsible For Occupational Asthma?

If a worker’s asthma is the result of a hazardous work environment, then he or she may be entitled to workers’ compensation benefits. In addition to regulations put in place by the Occupational Safety and Health Administration and the U.S. Department of Labor, there are several other rules that may apply to the workplace environment. An employer should abide by the OSHA standards by monitoring the following:

If you have developed occupational asthma and your employer or the insurance company is denying you workers’ compensation benefits, call The Law Office of James M. Hoffmann at (314) 361-4300.