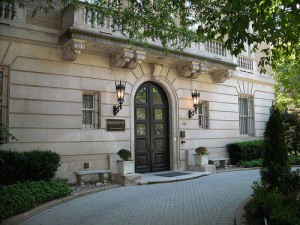 After eight years a Washington woman has finally obtained compensation from a former employer for back and neck injuries.

The woman worked for Planned Parenthood of Central Washington as a regional manager. She developed pain in her neck and back and was eventually diagnosed with degenerative arthritis, a condition unrelated to her job. The pain that she experienced left her unable to perform many of her duties at work and required ongoing medical treatment. While her arthritis did not result from her job, she claims that she was fired from her job because she was unable to regularly perform necessary functions, and that this firing was discriminatory. The woman subsequently brought a case against her former employer and won.

The defendant, Planned Parenthood, maintained that she was only fired because her performance at work was not satisfactory. The woman’s attorney showed that she had never actually received a negative performance evaluation, though, and that no independent investigation over her back and neck complaints was ever undertaken. She had an excellent record, and had never been reprimanded before her health issues became problematic.

The woman filed her lawsuit in 2004, but the case took many years to make it to trial because other court cases that would have an impact on anti-discrimination laws were being tried as well as other concurrent legislative actions. But in 2012 the case was finally brought to a close when a jury awarded the woman $136,000. The woman is seeking additional compensation and her case will be heard by a Superior Court judge in Benton County.

Planned Parenthood has stated that they believe they did nothing wrong in the way they handled the woman’s termination. “In our view, we followed all laws and professional protocols when we terminated her employment due to performance, however, we respect the court process, and are grateful this legal process has concluded so that we can continue to focus on patient care.” Recently a court agreed that the former employee’s claims had some merit.

The woman’s case is somewhat unusual in that her injury was unrelated to her employment. Most employees who are injured at work should be able to file a workers’ compensation claim and receive compensation and medical coverage for their injuries without waiting eight years and going to trial.

Reporting your injury, following the proper procedure for seeking medical treatment, and filing a claim should be sufficient. But in some cases employers and their insurance companies will deny claims for injuries that could potentially be expensive. If you run into any obstacles in receiving compensation, contact a St. Louis workers’ compensation attorney.