Workers’ compensation insurance is meant to protect both employers and their employees. In the event of a workplace injury, employees receive benefits that cover the cost of medical expenses and any lost wages during the recovery period. 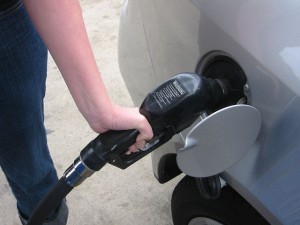 In return for workers’ comp benefits, employers get immunity from workers filing any civil lawsuits. But what if an employer allows for a lapse in the policy or does not have workers’ compensation insurance at all?

Most states require that businesses have workers’ compensation insurance. But laws regarding workers’ comp can vary greatly from state to state. Both employers and employees should be familiar with what state requirements are so as to be better informed of their rights under the law.

The question of what happens when an employee is injured or killed in a workplace incident when the employer is not insured is playing out right now for one family in Florida. In late February 2013 a woman was shot and killed while at work. The woman, a mother of six, was working at a Mobil gas station when she was shot and killed in a gas station robbery. She was 32, lived in Palm Coast, Florida, and was working late in the evening on February 21 at the gas station. The surveillance footage shows a man entering the store, moments later he covered his face with his shirt, and then the video shows him leaving several minutes later. The woman was found dead behind the counter around 10:20 that night.

A family friend said that she worked very hard to provide for her six children.

After her death her children filed for death benefits for nearly $160,000 to help cope financially with the loss of their mother and cover funeral expenses, but were denied. The reason for the refusal was that the business had not been paying on the insurance premiums, instead allowing the workers’ compensation insurance policy to lapse.

If you are injured on the job contact the Law Office of James M. Hoffmann for your free consultation. We help you to get the benefits you deserve.