Employees who work for private companies are not affected by these proposed changes, as these only apply to federal employees.

Legislators proposed a new bill that tacked a provision onto legislation dealing with postal workers that would completely overhaul the federal workers compensation system.

Federal workers are governed by a different system than other workers. Each states develops and legislates its own workers compensation system, but federal employees are subject to the rules set forth by the federal government. Over three million federal employees, including postal employees, are covered by the Federal Employees’ Compensation Act. There is one national office and twelve district offices that administer the Act through the Division of Federal Employees’ Compensation (DFEC).

Employees who work for private companies are not affected by these proposed changes, as these only apply to federal employees. Privately employed individuals or individuals who are employed by state or local government agencies who are injured on the job should contact their state board of workers compensation or a workers compensation attorney for advice regarding their specific case.

The bipartisan legislation was regarding Senate postal reform, and the provision contained within the legislation that proposed changes to the federal workers comp system was introduced by Senators Tom Carper, D-Delaware, and Tom Coburn, R-Oklahoma. The provision would cut work-injured federal workers benefits once those workers reach the age of retirement.

Currently, injured federal workers receive benefits that allows for 66 and two-thirds percent of their salary to be paid to them as tax-free. This system is designed to replicate the salary that the employee received before taxes. If that employee also has dependents, then the 66 and two-thirds percent becomes 75 percent. And medical expenses relating to the work injury will also be covered.

But according to the new changes, once the injured employee reaches the age of retirement, the workers comp benefits would be trimmed down to 50 percent. Another change would be that further compensation benefits would no longer be provided to the dependents of the injured worker.

In the proposal there is also a provision included that hopes to boost efforts that would enable more injured workers receiving workers compensation benefits to return to work.

During the last Congressional session, Carper sponsored similar legislation in another postal reform bill as well, which would effectively done the same thing. The bill cleared the Senate, but did not pass through the House. That measure was opposed by federal employee unions and some Democrats.

Chairman of the House Oversight and Government Reform Committee, Representative Darrell Issa, R-California, said that he has supported these Senate attempts to overhaul the federal workers’ comp system.

Workers compensation can be a complicated system. While these changes would only affect federal workers, all workers should be aware of their rights and how to properly file a workers comp injury claim after experiencing a workplace injury. Missouri employees who are injured on the job should contact a Missouri workers compensation attorney for legal advice.

Contact the Law Office of James M. Hoffmann at (314) 361-4300 to discuss your workers compensation case today. Our Missouri Workers Compensation Lawyer can provide you with the necessary information to make the right choices so that you can receive the best medical care, benefits and income. 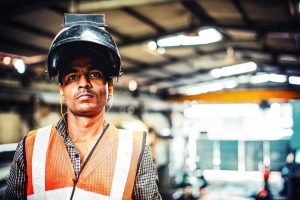