Following the deaths there has been an ongoing discussion about the two-tier workers’ compensation system and how it affects survivors. 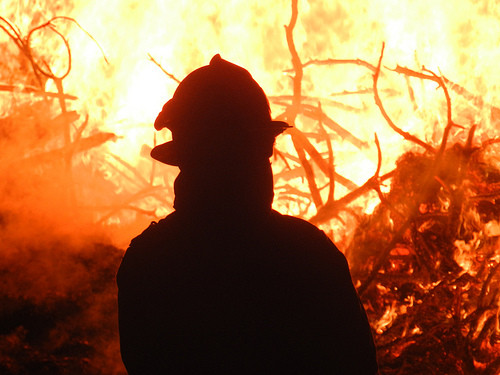 Many people are talking about the recent wildfires which were sparked by lightning in the city of Prescott, Arizona, and the death the 19 firefighters who valiantly fought the blaze. Not only were the deaths shocking and tragic, but the tragedy has been compounded for the family of one of the men killed after they were denied workers’ compensation survivor benefits.

The widow of one of the firefighters is arguing that all of the men fighting the fires shared the same risks, yet her family is being denied full benefits that would normally be afforded to surviving family members in a situation like this.

The tragic deaths are being called the worse wild land fire tragedy in the United States in the last 80 years. In the town of Yarnell the fires destroyed many homes and forced many families to evacuate the area. The firefighters were engulfed in flames on June 30 when the flames changed direction as they rushed in to try to save the day.

Following the deaths there has been an ongoing discussion about the two-tier workers’ compensation system and how it affects survivors. As it stands, the benefits that a family will receive in the event of a death will depend on whether or not a worker was considered full or part time/seasonal.

The 28-year-old widow of one of the men who died, has said “As shocked as I was that my husband went to work and never came home, I’m equally shocked in how the city has treated our family since then.”

Only six of the firefighters were considered to be full time and the families of these firefighters are entitled to benefits in addition to the federal payment of $328,000 that the families of all 19 men will receive. The additional benefits include monetary compensation and lifetime health insurance. The remaining 13 men were considered seasonal employees and therefore will not receive additional benefits.

The woman says that her husband was a full time employee and worked year round. The couple had four children, one who is just 18 months old, and she was counting on the full time employee survivor benefits to help care for and raise her children. She claims that when she spoke to the city about her concerns and that she believes she is entitled to the benefits, the city told her that “perhaps there was a communication issue in your marriage.”

The spokesman for the city of Prescott has said he cannot comment on a specific case but the city could not reclassify any of the seasonal workers as full time after their deaths.

The Arizona legislature is trying to make it right and will attempt to take measures that would retroactively qualify families to receive full benefits.

If you have been injured or a family member has been killed in a work related accident in Missouri, contact a Missouri workers’ comp attorney as soon as possible. Your attorney will assist you in getting the full benefits to which you and your family are entitled.