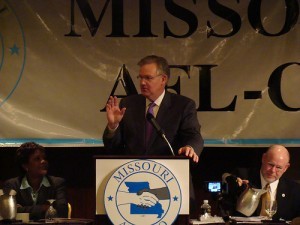 States all have different workers’ compensation laws and have their own processes for handling workers’ comp cases.

Lawmakers, business owners, and employees all agree that there is room for improvement within the workers’ comp system, and this means that in many states legislators are working to tweak, or sometimes completely overhaul, the workers’ comp regulations that are currently in place. These ever-changing laws can sometimes be difficult to keep up with.

Missouri Governor Jay Nixon vetoed a proposal on last Tuesday that would allow for an online database that businesses could use to investigate a new employee’s workers’ compensation claims prior to hiring them. He cited privacy concerns as his reason for vetoing the proposal.

Nixon explained his veto decision, saying the database would be “an affront to the privacy of our citizens and does not receive my approval.” In a written statement the Democratic governor referenced a recent dispute that his administration had with the Republican-led Legislature regarding whether there should be electronic copies made of personal documents when people apply for a driver’s license, saying that there is a “stark contrast” between lawmakers’ action and statements when it comes to privacy issues.

He continued on to say “while professing to champion privacy rights, this General Assembly quietly passed a bill to create — and allow broad access to — a new electronic database containing the personal information of hundreds of thousands of law-abiding Missourians. Invading Missourians’ privacy will not grow our economy or move our state forward.”

And several days ago Nixon also signed a law to reverse the policy made by his administration 6 months ago that allowed electronic copies to be made electronic of personal documents from driver’s license applicants.
The legislation that Nixon vetoed would have made it permissible for an employer to search for workers’ compensation claims (whether ongoing or resolved) made by a potential employee using his or her name and Social Security number. The state Division of Workers’ Compensation made an estimation that the initial online database would include around 554,000 claim records, and that each year about 13,000 records would be added to the database.

Senator Mike Cunningham, R-Rogersville, sponsored the legislation and criticized Nixon’s veto. In expressing his disagreement with Nixon’s decision, he also referenced the previous privacy dispute regarding the driver’s license/personal records issue. “I find it interesting that the governor is suddenly interested in privacy when his administration has been breaking the law in the Department of Revenue scandal,” Cunningham said.

Senator Cunningham and other supporters of the workers’ comp database said the legislation could help both bosses and workers, and could actually speed up the hiring process and prevent workers’ compensation abuses. According to Cunningham, the electronic database would bring Missouri into the 21st century, because currently, information about workers’ compensation claims is available but the request must be in writing and then it takes about two weeks to process and receive. Cunningham is considering attempting to override the veto with the support of colleagues, and they will continue to discuss the matter.

If you have questions about a workers’ comp case, contact the experienced Missouri workers’ compensation attorneys at the Law Office of James M. Hoffmann. We understand the laws in the state of Missouri and will be able to help you get the full compensation you are entitled to. Call us at (314) 361-4300 to schedule a free consultation.