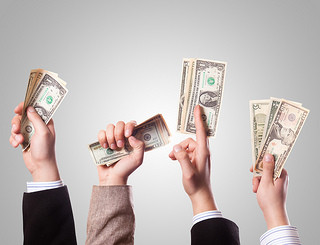 The National Council on Compensation Insurance issued a report which states that it is likely that next year Missouri businesses will see costs increase by about 11.6 percent in expected claims for 2014. These are called “loss costs” and insurance companies use these loss projections when they set their rates. This means that businesses could see a serious increase in the cost of insurance premiums when it is time to renew their policies in 2014.

This increase has been called “shocking” and is a bigger increase than in most other states. In 2005 adjustments in Missouri worker’s comp laws caused premiums to decrease, and this has been a trend ever since.

The Second Injury Fund supplies payments to disabled Missouri workers. However, the fund has been unable to make payments for a while sparking much discussion about ways to replenish the fund. One of the suggested answers is the new law that will take responsibility for some of the injury claims off of the Second Injury Fund and give it back to the workers’ compensation system. Because insurance companies will assume more of the costs, they will, in turn, have to raise the cost of insurance premiums, which means businesses will have to pay more to obtain workers’ compensation insurance for their employees, as required by Missouri law.

These changes to Missouri law account for about one-third of the increases in costs that insurers will see next year.

Even without the changes to the law, it would still be likely that Missouri workers’ comp costs would increase. This is because there has been an increase in the number of injury claims that are over $500,000 or more. Additionally, it is not unusual for workers’ compensation claims to take a few years to be resolved and paid out. For instance, of workplace injuries that took place in 2009, there were 32 injury claims that were more than $500,000. Two years later the total came out to be $27 million, according to data provided by NCCI. 2011 saw 51 claims that were $500,000 or more, and resolution of these claims ended up totaling $69 million over the course of the next two years.

NCCI executive Roy Wood has said that the losses Missouri has been experiencing because of workers’ comp claims have increased dramatically in the last few years. This is partly due to the fact that medical costs have been rising steadily and the medical costs of each claim have reflected this trend.

The projections that the NCCI reported fail to include one factor that is adding to the increased costs that businesses will see. The new law in Missouri will give state officials the option of imposing an additional 3 percent surcharge onto 2014 workers’ compensation premiums. This is also meant to replenish the Second Injury Fund.

In total, businesses could see an increase of nearly 15 percent in the cost of workers’ compensation insurance charges, according to the projections made by NCCI. These rates could vary somewhat depending on rates which are determined by the different categories that a business falls into and its claims history.

To speak with an experienced Missouri workers’ compensation attorney,