If you are a volunteer worker, are you eligible for workers compensation if you are injured while working? 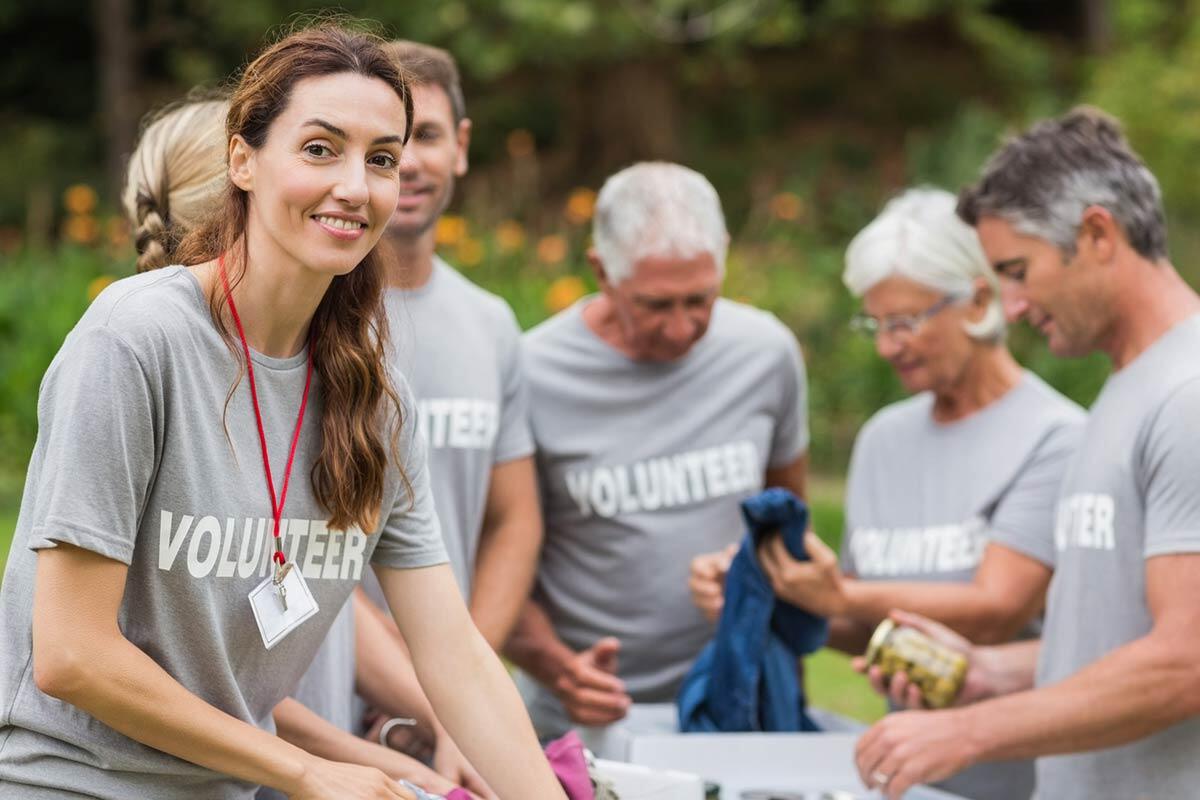 As a business owner, once you hire employees, things cannot only get complicated, they can get expensive. In the state of Missouri, if you have more than five people working for you, then you are required to carry workers’ compensation insurance.

If you are in the construction industry, then you only need to have one person working for you to be required to carry workers’ compensation due to the risky nature of the industry.

But, what if you have a not-for-profit business where everyone that you “employ” is a volunteer and not on the payroll? If you have volunteers working for you, are you required to carry workers’ compensation?

Who Are Excluded from Workers Compensation?

So, if you employ people in those industries or under those conditions, then you may not be required to carry workers compensation.

Why that Opens You Up to Liability?

When a business owner has workers’ compensation insurance and an employee is hurt while on the job, the employee is not eligible to initiate a lawsuit against their employer. If an employee is injured while at work, they are not allowed to sue unless they can prove that there was negligence or malicious intent.

If someone is volunteering for you and they are hurt, if they can prove that you were negligent in any way, then they may be able to sue you for personal injury. They would have to show that your negligent actions directly led to their injuries, or that it was your failure to act that directly led to their injury. If they can, then you may be held financially responsible not just for their economic damages, but also for their non-economic damages.

A workers’ compensation insurance company wants to do what they can to limit their liability and protect their bottom line.

Workers’ compensation is insurance that employers in Missouri are mandated to carry in case one of their employees is injured while working. It is a protective measure for both employee and employer. It ensures that a business owner will have enough to cover the employee’s injuries, and if those injuries are severe enough, it protects the employer from being sued and losing everything.

Conditions for Qualifying for Benefits

There are specific conditions that have to be in place for a worker to collect workers’ compensation. First, you have to be injured while working under the scope and authority of your work duties in order to collect. That means that simply being at work does not make you automatically eligible. But if you can prove that your injuries were sustained while you were performing work-related activities, then you can file a claim for workers’ compensation.

Employers in Missouri are required to handle workers’ compensation claims in a specific manner. Although it might generally seem straightforward, there are times when an insurance company might seek to limit their liability or to deny an employee coverage altogether. It is possible to handle your workers’ compensation claim on your own. To cover yourself and to ensure that you get what you are entitled to, however, that might not always be the best thing to do.

Why Hire a Workers Comp Attorney

Hiring a St. Louis workers’ compensation attorney is critical to protecting yourself and to ensure that you recover what you are entitled to. It will also protect you from the insurance company either claiming that you weren’t engaged in work-related activities, that your injuries weren’t as severe as you claim, or that you didn’t take steps to make them better, and therefore aren’t eligible to collect. There are many tricks that an insurance company will have in their arsenal to deny coverage.

So although you are able to file a workers’ compensation claim on your own, it is a good idea to have the help of a professional. If you have been denied coverage, it is imperative that you hire an attorney to have the case reviewed. You are allowed to appeal if you are denied, but you will need the expertise of a lawyer to know how to provide the necessary documentation and proof for your case. The workers’ compensation insurance company will have many tactics to try and limit their liability, so it might behoove you to have your own St. Louis workers’ compensation attorney on your side.

You need to be confident that your lawyer upholds the law and has your best interests at heart.

Your workers’ compensation settlement could be the difference between being able to afford the care you need or being trapped in debt. That is a lot of pressure on one case, but the right attorney can navigate those waters with ease.

That being said, not all attorneys have the experience or work ethics that are worthy of your time and money. If your attorney demonstrates any of these five traits it might be time to start looking for a change in legal representation.

5 Red Flags to Look For

The right attorney can make all of the difference. This is especially true in complicated workers’ compensation cases. Unfortunately, unprofessional and unethical lawyers do exist.

Your case is extremely important and your attorney should view it as such. When you pick a lawyer, you need one that you can trust and know is competent.

For more than 20 years, the Law Office of James M. Hoffmann has been representing victims of work-related accidents in and around the St. Louis area. Call us today to request a Free consultation at (314) 361-4300 or fill out our online case evaluation form.

You need to be sure that your lawyer is capable of getting you the compensation you need and deserve.

If you have recently experienced a serious work-related injury or illness and have decided to hire an attorney to handle your workers’ compensation claim, you may have noticed that there is a wide variety of options to choose from. From a surplus of advertisements, to knowing whether your future attorney is highly specialized or only dabbling in workers’ comp, making the right choice can at times be overwhelming.

This process can be mitigated by approaching potential attorneys with the right arsenal of questions. Virtually all St. Louis workers’ comp attorneys offer free initial consultations with prospective clients. These consultations, however, should be considered like a job interview. Remember, your attorney works for you.

The following four questions will help you gauge your potential attorney’s level of expertise in workers’ compensation:

Our attorney, James Hoffmann, has over 20 years of experience handling workers compensation claims in and around the St. Louis area. During this time, he has compiled an excellent track record of success in settlements and at trial, recovering millions of dollars for hundreds of clients.

If you or a loved one have been injured at work, contact the Law Office of James M. Hoffmann at (314) 361-4300 or fill out our online case evaluation form.

The National Council on Compensation Insurance issued a report which states that it is likely that next year Missouri businesses will see costs increase by about 11.6 percent in expected claims for 2014. These are called “loss costs” and insurance companies use these loss projections when they set their rates. This means that businesses could see a serious increase in the cost of insurance premiums when it is time to renew their policies in 2014.

This increase has been called “shocking” and is a bigger increase than in most other states. In 2005 adjustments in Missouri worker’s comp laws caused premiums to decrease, and this has been a trend ever since.

The Second Injury Fund supplies payments to disabled Missouri workers. However, the fund has been unable to make payments for a while sparking much discussion about ways to replenish the fund. One of the suggested answers is the new law that will take responsibility for some of the injury claims off of the Second Injury Fund and give it back to the workers’ compensation system. Because insurance companies will assume more of the costs, they will, in turn, have to raise the cost of insurance premiums, which means businesses will have to pay more to obtain workers’ compensation insurance for their employees, as required by Missouri law.

These changes to Missouri law account for about one-third of the increases in costs that insurers will see next year.

Even without the changes to the law, it would still be likely that Missouri workers’ comp costs would increase. This is because there has been an increase in the number of injury claims that are over $500,000 or more. Additionally, it is not unusual for workers’ compensation claims to take a few years to be resolved and paid out. For instance, of workplace injuries that took place in 2009, there were 32 injury claims that were more than $500,000. Two years later the total came out to be $27 million, according to data provided by NCCI. 2011 saw 51 claims that were $500,000 or more, and resolution of these claims ended up totaling $69 million over the course of the next two years.

NCCI executive Roy Wood has said that the losses Missouri has been experiencing because of workers’ comp claims have increased dramatically in the last few years. This is partly due to the fact that medical costs have been rising steadily and the medical costs of each claim have reflected this trend.

The projections that the NCCI reported fail to include one factor that is adding to the increased costs that businesses will see. The new law in Missouri will give state officials the option of imposing an additional 3 percent surcharge onto 2014 workers’ compensation premiums. This is also meant to replenish the Second Injury Fund.

In total, businesses could see an increase of nearly 15 percent in the cost of workers’ compensation insurance charges, according to the projections made by NCCI. These rates could vary somewhat depending on rates which are determined by the different categories that a business falls into and its claims history.

To speak with an experienced Missouri workers’ compensation attorney,