In August of 2009, Missouri legislatures signed into law a bill that protected those injured by dangerous dogs and other household pets that are known to cause injury to humans. 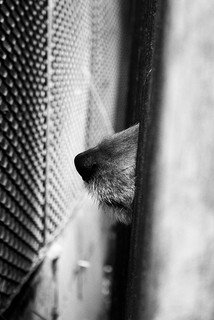 Before this, the laws surrounding a dog bite accident favored the animal and its owner by forcing an injured party to prove how a violation of a local leash law was the cause of the bite or that the animal was known to be aggressive towards humans. This proved difficult for even the most astute personal injury attorneys in Missouri. With the change in legislation, those who have been injured and in some cases permanently scarred by a vicious dog are finally able to easily claim the compensation they deserve, and dog owners are being held responsible for the actions of their pets.

Dog bite cases fall under a category of personal injury law known as strict liability. This means that just being the owner of a pet that has caused harm to another is generally enough to impose liability. There is typically no reason for a plaintiff to have to show how the owner was negligent in his actions. Before 2009, a victim would have had to show how there was a history of violent behavior from the animal that the owner was aware of. However, now there is no need for such evidence.

A dog bite often has a lasting impact on the victim. Children are the most common victims of dog bites as they seem to be a perceived threat to many domesticated dogs, vicious or not. A young child who is bitten by a dog will not only suffer from physical injury, they may also be emotionally scarred from the incident. Bodily scarring is also common after a dog bite, and unfortunately most often presented on the face of a small child, causing a permanent disfigurement.

A young person in Jackson County is now scarred for life after being attacked by three dogs that were known to be overly aggressive towards humans. The injuries sustained were so severe that they required a long hospital stay and extensive medical treatment. The owners of the animals were ordered to pay $7.25 million to the plaintiff for the permanent disability and disfigurement caused by their pets.

Regardless of the extent of your injury after a dog bite, you should always immediately seek medical attention. In some instances you may be subject to a rabies shot if the animal’s vaccinations are in question. Local authorities should also be alerted to the incident in order to prevent possible injury to others.

You can never be certain whether or not an animal will attack you. Dogs in particular are known to attack with seemingly no provocation, even when they are normally considered docile. To protect yourself and especially your child, it is always a good idea to steer clear of dogs that are unfamiliar to you. If you or your child is the unfortunate victim of a dog bite, contact an attorney at the Law Office of James M. Hoffmann. They will be able to assist you in receiving the compensation for your injuries that you are entitled to.