Following the tips on this list will help keep you and your workers’ compensation doctor on the same page.

One of the crucial steps in the workers’ compensation process is when you see your company doctor. The reason is that the extent of your damages informs your entire claim, and a doctor is the one that judges that. Thus, it is incredibly important to communicate effectively when you reach this stage. Here’s how. 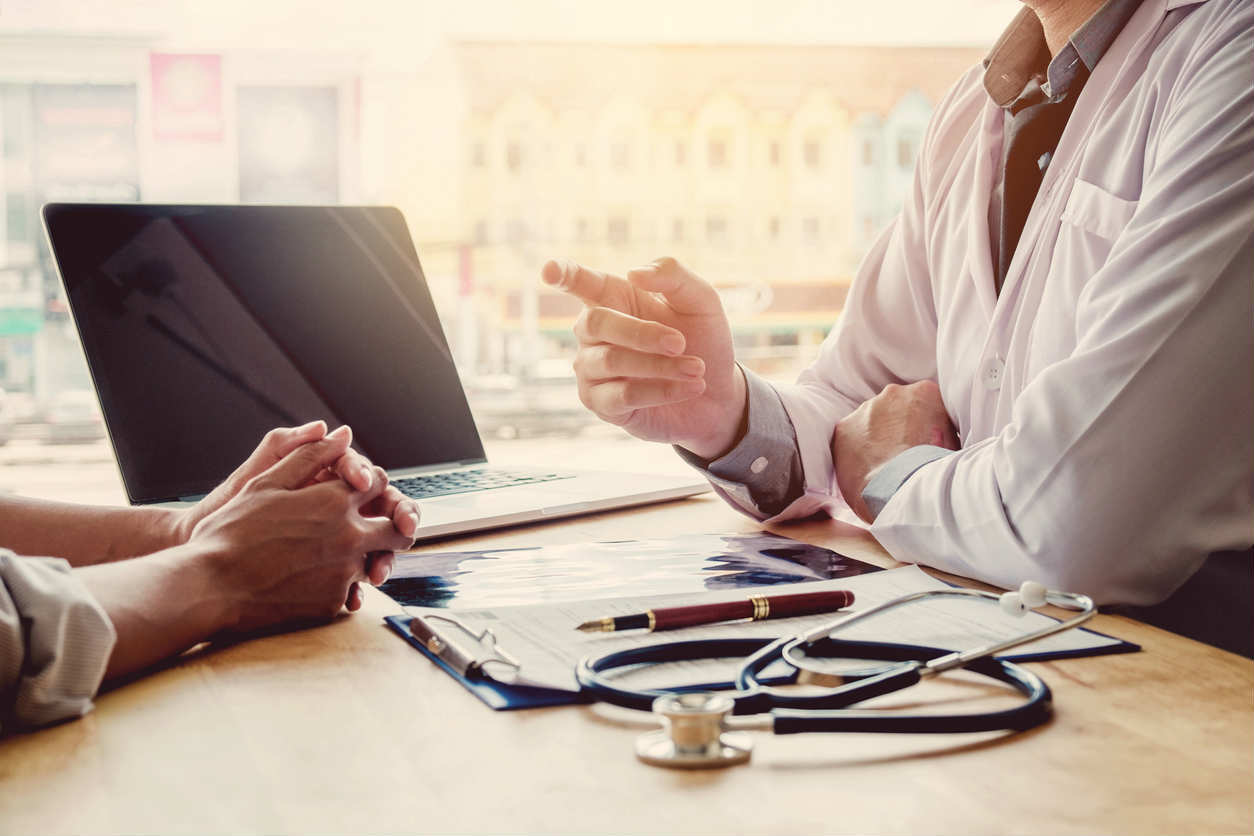 One of the worst things you can do when you see your doctor is fail to be ready for the assessment. But what does being prepared mean? For work injuries, you will want to recall your story leading up to your accident, pain, and limitations. The best way to do that is by writing everything down. Even if it feels strange to come to the doctor with a notebook, doing so is a smart idea.

Say More Rather Than Less

The last thing you want is for the doctor to assess you based on limited information. If that happens, your report could end up missing critical details. The possible result of falling into this trap is you getting fewer benefits than you deserve because the doctor didn’t know how severe your damages were. You can avoid this mistake by sharing the true extent of your injuries.

The other side of the coin is listening carefully. The doctor will likely tell you how you should describe your pain, what your damages are, and what your treatment options are going forward. You’ll want to understand these issues well. One way to do so is by writing everything down or requesting that the doctor provide a copy of medical records.

Just because the doctor is an expert and you aren’t doesn’t mean you shouldn’t ask questions. Instead, you should fully understand your physical state and how you can get better. The best way to do that is by asking a lot of questions and resolving any gaps in understanding.

Be as Accurate as Possible

Two mistakes workers often make are overestimating and underestimating their injuries. Your personality will likely dictate which you are more in danger of. For the former, you could lose your benefits later on because your overestimate is seen as a lie. As far as the latter, you might get a meager compensation package because you described your injuries as less severe than they really were. Both outcomes are unfavorable.

Though the doctor is the expert in the room, you know how you’re feeling better than anyone else. If a treatment option doesn’t sound right to you, don’t accept it right away. Instead, do your best to share your opinion with the doctor and get an explanation for why your gut feeling might be wrong or right.

Following the tips on this list will just about ensure that you and your doctor are on the same page. That being said, sometimes workers find that they cannot communicate well with their medical provider, despite their best efforts. This and other circumstances often complicate the workers compensation process. Therefore,  it is always a good idea to get in touch with an experienced St. Louis work injury lawyer as soon as possible following a work-related injury. Your attorney can access your claim for FREE and help protect your legal rights every step of the way. Give the Law Office of James M. Hoffmann a call 24/7 at (314) 361-4300 for a FREE Case Evaluation.

Workers’ compensation is a government-sanctioned system, and as a result, has strict rules.

When you are injured in a work-related accident, you need to do everything you can to get better. Sometimes, this leads to people exploring alternative forms of medicine. Doing so is not a straightforward process though, as some treatment options are covered, and others are not.

Though there are hundreds of forms of alternative medicine, the following are the ones that are most commonly used.

Acupuncture – This practice involves inserting pins into the outermost layer of your skin. Some patients report that it helps with pain management and a variety of mental issues like stress and depression.

Homeopathy – The most controversial practice on this list is homeopathy, which is generally considered an outdated and dangerous form of medicine. It uses a “like treats like” philosophy, which is best explained as using diluted poison ivy to treat a rash. As you might imagine, this practice has a poor reputation in the medical field.

Massage – Though it is considered alternative medicine, massage has been proven to benefit those with injuries. For this reason, it is often used in physical therapy and injury management.

Why People Choose Them

After sustaining a severe injury, people are often open to any treatment that could help them. Additionally, they are frequently disillusioned with the care they get from their doctor. The result is looking into alternative options, which are commonly found on the internet or through a personal reference.

Will They Be Covered?

The general rule of thumb is that these forms of medicine are not covered. Workers’ compensation is a government-sanctioned system, and as a result, has strict rules. The result is that you must use scientifically proven medicines over alternative options if you want those treatments paid for.

Exceptions to the Rule

The exceptions to this rule come from the vagueness of the term “alternative medicine.” To explain this, let’s take two examples from the three that we listed above. First, homeopathy. This treatment has no scientific backing, and as a result, would not be covered. On the other hand, many consider massage an alternative medicine too, even though it has legitimate medical data proving its effectiveness. For this reason, you may be able to include regular massages in your coverage.

The law is quite simple when you deal in areas of black and white, but when you explore areas that are somewhere in the middle, it gets significantly more complicated. This applies to deciding whether certain medical treatments are worthy of workers’ compensation support. When you hire a lawyer to assist you, they will answer your questions, recommend whether or not you should pursue compensation for a treatment method, and fight for you if you decide to do so. If you ever want to look into alternative treatment options but aren’t sure if they’ll be paid for, you should first speak with an experienced St. Louis workers compensation attorney.