The title of a public safety officer is worn by many different types of employees. 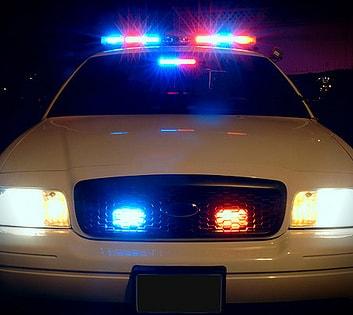 The most obvious would be a police officer, but firefighters and paramedics are also included, as are security personnel and prison officers. With these types of jobs, the risk of being injured is obviously higher than most. In fact, as a group, the highest number of workers compensation claims each year come from police officers. If you were injured on the job and have been denied benefits, speak with an experienced Missouri workers compensation attorney. The scope of the work that a public safety provides to the public warrants them the right to be compensated for injuries sustained on the job.

California recently made workers compensation history when they overturned a decision to deny benefits to an injured campus security guard. The case had originally made headlines when this officer was caught on camera spraying pepper spray into the eyes of unarmed students. He was suspended and eventually relieved of his position.

The claim he made for workman’s compensation was emotional turmoil and depression as a result of the negative media directed at him. As is standard in a workers’ compensation claim, an expert was brought in to testify on behalf of the plaintiff. The judge agreed that the mental anguish was indeed related to his duties as a security guard and ordered the University of California to pay him $38,055.

It is not uncommon for public safety officers to suffer mental defect after being involved in a traumatic event. These are real illnesses that can have devastating impact on their everyday life, and therefore should be compensable. Unfortunately many will overlook this type of illness and not seek the treatment necessary.

There are many scenarios throughout the course of the day that can cause physical injury to a public safety officer. For example, a police officer can injure himself while chasing a suspect. This happened to one University City police officer who received $17,700 for his injured elbow.

Special provisions have been made for public safety officers for workers’ compensation claims. Since they are providing a vital service to the community, they are often compensated at a higher tier level than other individuals. In addition, if they suffer from high blood pressure or heart disease, they typically do not have the burden of having to prove it job related. The courts have come to accept that this type of employment leads to those conditions. If an employer would like to argue against the claim, it would be up to him to show how the officers condition is not work related.

Any officer working in the scope of helping the public should be given special consideration when injured as a result. If you are a public safety officer who has been denied a workers’ compensation claim, speak with a Missouri workers compensation attorney at the Law Office of James M. Hoffmann. The scope of your job is vital and if you are injured it is your right to be compensated for that.