Obesity is now considered a disability under the Americans with Disabilities Act. How does this affect workers’ compensation insurance? 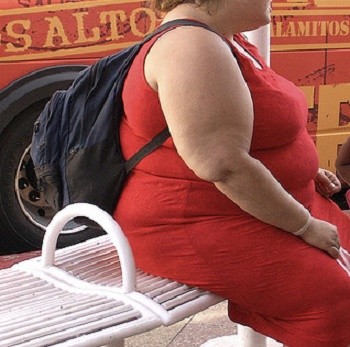 In April 2014, a federal district court judge in Missouri ruled that a health condition, including obesity, may indeed be a disability, clearing the way for extra liability claims for workers’ compensation.

Obesity Classified As a Disability

In the case of  Joseph Whittaker v. America’s Car Mart, the plaintiff claimed that he was removed as the company’s general manager, a position he had served in for seven years, despite his apparent ability to function well unaided. He cited the description of severe obesity by the Americans with Disabilities Act (ADA) as a disability, an opinion opposed by the company’s attorney, who had requested for the case to be thrown out. The judge, however, opted to accept the plaintiff’s claim that he should be considered disabled in accordance with the provisions of the ADA. This ruling, even though delivered in Missouri, could have implications all across the country due to the application of the ADA provisions in the case.

Judges usually find it hard to award partial benefits when it has been proven that a claimant has a pre-existing health condition before getting injured on a job. This is in spite of the fact that laws in most states only recommend permanent total disability benefits to be awarded when a disability is solely work-related. Judges are aware that a disabled worker may never be able to return to work. Hence, they often do not find it hard to award a plaintiff permanent total disability benefits, even when work injuries are not the main causative factor.

How Can Obesity Affect Workers’ Compensation?

You may be wondering how obesity comes to play when workers’ compensation is concerned. With the Missouri case pending, if obesity is fully confirmed as a disability, it will open an extra avenue for claims to obese workers. This may result in injured workers using obesity to argue for disability and the inability to resume work after an injury. The acceptance of obesity as a legally recognized disability may also enable injured workers to qualify for Social Security Disability Benefits. The likelihood of an injured employee being awarded permanent total disability benefits will also increase significantly, as judges will likely pay less attention to work injury in making an award.