Our legal team has a strong history of helping injured workers get the medical attention and financial compensation that they need.

One California worker believes she has been wrongfully terminated. She was “stunned and devastated” when she was fired last week after working for a nonprofit organization for 16 years as the executive director. She believes that in firing her, the Board of Directors violated California labor laws and she is currently looking into filing a wrongful termination claim.

Almost a year ago, she was injured on the job. She filed a workers compensation claim. She was informed by her doctor after several weeks of time off that she should not lift anything heavier than 10 lbs, but she could return to work on modified duty, which she did. But then after a death in her family, she requested several weeks off to attend the memorial service and visit family. She was given permission to do so and took one week of family leave and then two weeks of vacation, totaling three weeks.

Upon returning to work, she says that she was immediately terminated. She was shocked and says she believes the board of directors was looking for an excuse to terminate her position. “I couldn’t believe it – I had nothing negative in my personnel file. However, one of the board members had an issue with me from last March regarding the board fundraising and recruitment, which they insisted I did even though it was against the bylaws and articles of incorporation of the company. I believe they were just waiting for an opportunity to fire me and save money.” She was informed that there were underlying financial justifications for her being let go. But she said that the reasons they gave had been resolved two years earlier.

“They told me that because of my long service I had the opportunity to resign,” she says. “I refused to resign because I haven’t done anything wrong. They told me that all my stuff was packed. I left my keys behind, made sure I had all my belongings and left. I was stunned. I literally bent over backwards for this agency and I have gone without pay. I was on salary and worked many hours without overtime compensation. I never even asked for overtime pay. They were short-staffed (that is how I sustained my injury – because maintenance wasn’t around to help me move furniture and boxes) so I did much more than my job description called for. I even cleaned toilets.”

Businesses cannot retaliate against an employee by firing them for filing a workers compensation claim. In fact, California Labor Code makes it a misdemeanor to discriminate against, discharge, or threaten to discharge an employee who has filed a workers comp claim or who has been awarded workers compensation benefits. In the event that this does occur, the employee is entitled to reinstatement, a penalty (not to exceed $10,000), and reimbursement for lost wages and work benefits. Valerie believes that the board waited until her claim had ended before firing her so that their actions would not be considered retaliation.

It is not clear at this point whether she has a case that qualifies as wrongful termination. Even though she returned to work, technically her claim was still open. Her doctor’s orders, which were sent to the board of directors, stipulated that she should “stand at will” because she had a bulging disc. She was also told to not sit for long periods of time and to take frequent breaks.

Workers compensation laws are different in each state. Our legal team has a strong history of helping injured workers get the medical attention and financial compensation that they need. Based in St. Louis, and handling workers compensation and personal injury cases throughout the State of Missouri, our law firm will ensure that your rights are protected.

Call the Law Office of James M. Hoffmann at (314) 361-4300 or fill out our online contact form to schedule a free and private consultation. 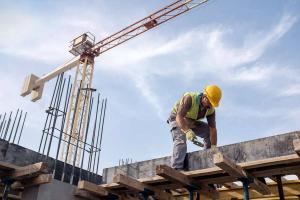