Employers and their insurance companies can be reticent to pay workers’ compensation claims. 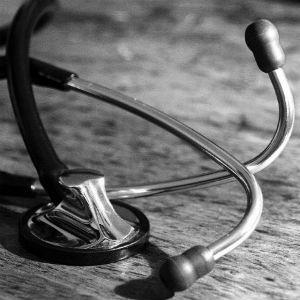 A study published online in the American Journal of Public Health, called Paid Sick Leave and Nonfatal Occupational Injuries, conducted by the Center for Disease Control and Prevention, suggests that offering paid sick leave to employees might be beneficial to employers as well. The study speculates that if fewer people come to work sick, fewer injuries occur, causing employers to have to pay out less workers’ compensation benefits.

Researchers used the data collected in a national survey by the Center for Disease Control and Prevention which was on 38,000 workers. The findings showed that in the period between 2005-2008 workers who received paid sick leave had a lower injury rate than those who did not receive paid sick leave. Workers with paid sick leave had an injury rate of 2.59, as opposed to those without who had a 4.18 injury rate. The study also reported that “Workers in high-risk occupations and industry sectors, such as construction, manufacturing, agriculture, and health care and social assistance, appeared to benefit most from paid sick leave.” It continued on to say “Sick or stressed workers who continue to work are likely to take medications, experience sleep problems or be fatigued. These factors can impair their ability to concentrate or make sound decisions, which can in turn increase their probability of suffering an additional illness or sustaining a workplace injury.”

There are variables involved with determining the probability of injury as it is influenced by sex, education, industry, geography, and education level, among other factors. Researchers took these into account and still found that workers who receive paid sick leave days were 28 percent less likely to suffer non fatal injuries while on the job. While a causal relationship was not established in the findings published online in the American Journal of Public Health, and it cannot be concluded with finality that paid leave causes employers to end up paying less in workers’ compensation benefits, it does appear that the benefit of paid sick leave can be mutual.

One of the authors of the study and a senior service fellow at the CDC says that “We can infer that lower injury rates mean lower levels of workers’ compensation payments. In the long term, paid sick leave might help employers to reduce cost and increase profit.” While paid sick days are associated with quicker recovery times, many employees do not have access to paid leave. Eligible workers should receive several weeks of leave, but it is not required that it be paid time off.

Employers and their insurance companies can be reticent to pay workers’ compensation claims that are expensive and may be ongoing, so this is good news for everyone.