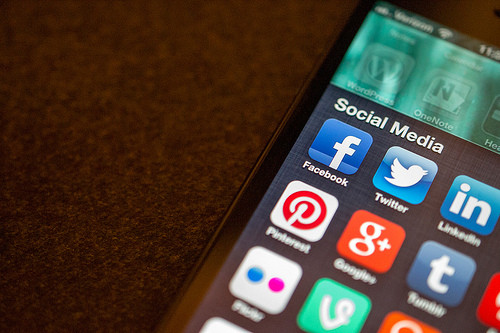 Social media is an important component of people’s lives.

While social media used to be reserved for people’s personal lives, it also plays an important part in people’s professional lives nowadays. These blurred lines between personal and professional use of social media has lead to some interesting complications. Individuals have been fired for posting risque pictures, doctors have been penalized for complaining about patients online, and using personal social media on company time has gotten many people in trouble. Some businesses block certain social media sites on company computers in order to ensure that employees stay focused, but for other businesses social media is a very important component of everyday operations.

Many people still try to keep social media profiles separate – some maintain one for business interactions and one for personal interactions. But maintaining totally separate internet presences is impossible. There is usually some degree of crossover and it is important for people to realize that what they share personally can affect their professional life.

One case that ended up receiving national attention was the case of Zackery Clement. Clement was injured on the job when a refrigerator fell on him while on the job in Pine Bluff, AK where he worked in a warehouse showroom. He was approved for workers’ compensation and received temporary total disability benefits and medical coverage for three years. He also underwent three separate surgeries. Eventually Clement sought an extension of benefits. But an appeals court ruled that the photos that Clement shared on MySpace and Facebook of him partying and drinking with friends could be used to deny him further benefits, which is what happened. Judge David M. Glover wrote “We find no abuse of discretion in the allowance of photographs. Clement contended that he was in excruciating pain, but these pictures show him drinking and partying.”

Workers who are applying for or have applied for workers’ comp benefits should be aware that what they share on social media sites may affect their claim.

Tips
Be aware that what you share can be used as evidence. Therefore you should always be cautious.

To speak with a St. Louis workers’ compensation lawyer call the Law Office of James M. Hoffmann at (314) 361-4300 or fill out our online contact form.