Maximum medical improvement is used to determine when an injured party reaches the point when no further medical treatment will improve their injury. 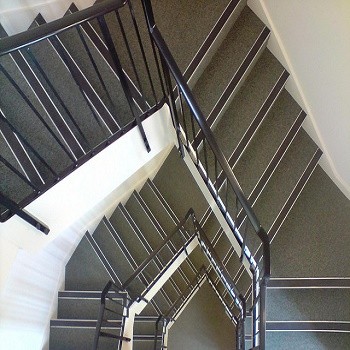 It is at this point that the level of disability resulting from the injury can be determined. Usually when a doctor determines that MMI has been reached, the employer is no longer responsible for paying medical bills. If your employer has stopped your benefits despite there still being medical options for you, consult a St. Louis workers’ compensation attorney. With relevant medical testimony, you could regain your benefits and the right to full medical treatment.

Written Verification from the Treating Physician

Your employer is not allowed to make a decision about your MMI without written verification from your treating physician. However, they are given the right to seek a second opinion, as you are. Once your benefits have been cut off unfairly and a Missouri workman’s compensation attorney hired, the first step will be a formal request for a hearing in front of the review board. At this time, all the medical evidence will be presented and it will be up to the judge presiding over the case to determine whether you will benefit from further treatment.

These types of cases arise frequently with painful injuries that require long-term rehabilitation to recover from, such as injuries to the back. Each case is unique and hard to determine how much benefit the patient actually is getting or will get from further treatment. Insurance companies will often pounce on these cases to close them quickly before expensive options, like surgery, are explored by the employee.

When the Employer Discontinues Payment for Treatment

This was the scenario for a worker at the University of Missouri. She fell on a flight of stairs and suffered injury to her spinal cord. As with most injuries of this type, it worsened over time and after three years of therapy it was recommended that she undergo surgery to repair a lesion that had developed. It was at this point that the employer discontinued further treatment and brought in a physician who, after an exam, declared that the lesion was not related to the initial fall and that any injury that was had reached MMI.

After hearing medical evidence presented by both parties, the panel felt that the expert for the employee was most persuasive. Despite the employer’s contention to the contrary, the lesion was directly related to the original accident. They decided that not only should medical care be re-instated for the employee, but that it should include covering a back surgery that was recommended by the physician. The employer was ordered to pay for all treatments, and the case left open in the event that further review is necessary.

Most workman’s compensation cases that make it to a review board rely heavily on medical evidence in order to achieve a successful outcome. The best thing you can do to prove your side of the case is to contact The Law Office of James M. Hoffmann at (314) 361-4300. We will see to it that your expert witness is competent and able to make a strong argument on your behalf.