Missouri Workers Compensation Attorney – Workers compensation is usually the only legal remedy for an employee injured or sickened in the course of employment.

Rather than Collecting Workers Compensation, May I bring a Lawsuit Against my co-employee?

Yes. Workers compensation is usually the only legal remedy for an employee injured or sickened in the course of employment. The public policy behind workers compensation envisions a bargain between employers and employees in which workers give up the right to sue their employers in court in exchange for the guaranty of workers compensation benefits. This reduces tensions in the workplace by creating a predictable method for resolving employer-employee conflict. Although workers compensation awards tend to be smaller than those in lawsuits, employees are not left without support during drawn-out court proceedings with unsure outcomes. There is an exception in Missouri allowing third party lawsuits.

Under the Worker’s Compensation Act, an employer is protected from common law liability for breach of their duty to provide a reasonably safe workplace, but this protection from suit extends to employees of the exempt employer in a more limited fashion. Burns v. Smith, 214 S.W.3d 335, 337-338 (Mo. Banc 2007). Missouri courts have held that an injured employee may sue a co-employee where the co-employee performed an affirmative negligent act that constitutes something “extra” outside the employer’s duty to maintain a safe working environment. State ex rel. Badami v. Gaertner, 630 S.W.2d 175, 177 (Mo.App.1982) (en banc). The “something more” test considers whether the co-employee’s affirmative act created an “additional danger beyond that normally faced in the job-specific work environment.” Burns, 214 S.W.3d at 338. Defendants are no longer immune from civil action and courts have proper subject matter jurisdiction where the elements of the “something more” test have been met. Id.

In the most recent Supreme Court Case, Burns v. Smith, an employee was seriously injured after a water pressure tank on his concrete delivery truck had exploded. Id. at 336. His supervisor instructed him to “run till it blows” and had negligently applied an insufficient weld to a corroded water pressure tank. Id. The court held the supervisor’s actions constituted an affirmative negligent act outside the supervisor’s duty to provide a reasonably safe place to work. Id. at 337. Where the “something more” test has been met, workers’ compensation is not the employee’s exclusive remedy for the injuries sustained and courts have proper subject matter jurisdiction to hear the matter. Id. at 338. The court noted that the most compelling evidence that establishes the “something more” element is that the defendant instructed the defendant to “run it till it blows.” Id. at 340. The defendant intentionally directed the plaintiff to undertake an activity that defendant could reasonably foresee resulting in a particularly dangerous event. Id. 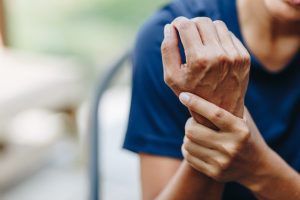