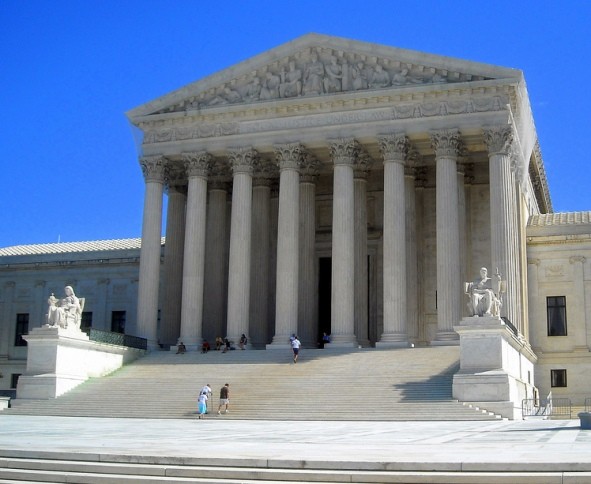 A Houston attorney, Michael Doyle has been fighting for the Texas Supreme Court to revisit one decision that has serious negative implications for employees who need the option of suing workers’ compensation insurance companies that act in bad faith.  When an insurance provider appealed a bad faith case to the Texas Supreme Court in June, the ultimate verdict was in its favor, which would mean future immunity for insurance companies in similar cases in the future. The Court may have already ruled against Doyle’s client, Timothy Ruttiger of Galveston, in June, but Doyle is hoping to try once again and this time get a better outcome.

When an insurance company is said to have acted in bad faith, legally this refers to malicious refusal to perform a duty.  In Ruttiger’s case it meant that the insurance company that insured his employer, Texas Mutual Insurance of Austin, canceled the surgery he was set to undergo the next day.  When Ruttiger fell while carrying equipment in 2004 while on the job, he suffered a hernia as a result of the fall and necessary surgery was the only option to repair the condition.  The day before his surgery, however, the insurance company canceled the procedure without clear reason.  But when he inquired as to why, Ruttiger was accused of fraud and was informed that a preexisting injury from softball was probably the original source of his condition, not a work related injury. Because Ruttiger has never played softball, he and his lawyer are making the claim that the insurers were acting in bad faith by dismissing his medical claim and refusing to pay for his surgery.

Ruttiger was unable to financially subsist without settling the case but Doyle, one of the few attorneys who consider bad faith cases, still filed a claim on his behalf.  Damages they sought included the mental trauma Ruttiger suffered as a result of delayed treatment, as well as the escalation of his medical condition, and the negative impact on his credit.

Receiving proper medical treatment is crucial in order to get healthy and return to work.  Doyle wants to make sure his clients get access to the treatment they need in order to continue on with their lives, and not suffer additional harm and loss of income as the result of work related injuries.  When insurers act in bad faith, workers have few options, and eliminating this option means tying their hands even further, leaving workers with no recourse.

Implications For The Future

At first, a Houston jury decided in favor of Ruttiger and awarded him $173,000, which would have included attorney’s fees and interest, but the insurance company appealed twice.  The first time it lost and the second time the original jury’s decision was reversed by the Texas Supreme Court.  The justices even went so far as to remove the Texas provision that allowed for workers’ recourse of claiming bad faith on the part of the insurers.  They stated that the provision was unintentionally left in when the law was rewritten in 2001.

Workers’ compensation cases like Ruttigers show the importance of having an attorney who is willing to go all the way for a case. It may not have ultimately paid off yet, but workers compensation attorneys like Doyle will keep fighting when they know they are on the side of right.

Workers compensation insurers like Texas Mutual are pleased with the decision, but the effect on workers could be less fortunate if the Court does not reconsider.  When employees like Ruttiger find themselves in a tight spot made even tighter by insurance companies that refuse to pay, having a workers’ comp attorney like Doyle can make all of the difference.

You should be receiving treatment for ALL your injuries, not just the ones the insurance company wants to accept. Do not let the carrier deny you benefits. James M. Hoffmann works with employees from a wide range of industries to pursue the right benefits or to appeal a denial of your injury claim.

If you have been injured at work, contact the Law Office of James M. Hoffmann for a free and private consultation. Based in St. Louis, and handling workers compensation and personal injury cases throughout the State of Missouri, our law firm will ensure that your rights are protected. Call (314) 361-4300 or complete our Online Case Evaluation Form.