Some injuries may leave you with a permanent disability that may or may not affect your ability to work. 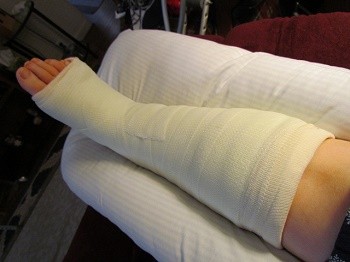 Oftentimes when an injury is sustained on the job, an employer will cite the older disability as causing the need for medical attention and will terminate the employee’s benefits before they are fully recovered. If this has happened to you, you should contact a St. Louis workers’ compensation attorney immediately and request that your case be heard by the labor board.

When Workers’ Compensation Benefits Are Given

An injured employee needs to be aware that workers’ compensation benefits may be allowed in the event that an injury or accident exacerbates the pain or injury from a prior incident. There are situations where you may be given benefits from a second injury fund, but that is in the event that the first injury was also work-related.

Employers and their workers’ compensation insurers may try and get around this, especially when there is permanent injury involved. Take for example a St. Louis truck driver who was clearly hurt by an accident while he was at work. While closing a heavy gate at a terminal, it dropped forward and injured his arm, back, neck, and shoulder; places where he had been hurt many years before in an unrelated bicycle accident. When the employer received his maximum medical improvement from the treating physician, it came with lifting constrictions that the employer did not wish to oblige. As a result, the employee was forced to rely on unemployment since the discharging doctor did not feel as if his injury warranted a permanent disability.

Upon further testing, it was decided that the injury to the shoulder was a permanent disability, which the employer argued was a result of the prior accident, not the one related to the workplace injury. The matter was taken to the labor board, who after careful consideration decided that although there may have been a lingering injury, the new accident was the primary cause of disability, making the employer liable for all medical treatment and loss of wages. At the conclusion it was found that the employer was responsible for over $120,000 in medical care and lost wages, including the interest that had accrued.

How to Receive Your Rightful Compensation

Cases such as this one are seen often, as large companies attempt to avoid having to make big insurance payouts. They have the means to keep the case on-going, thus depriving you of your rightful compensation. That is why it is necessary to get in touch with a qualified St. Louis workers’ compensation attorney as quickly as possible. If you are having a difficult time getting doctor’s bills paid or have had your benefits denied, call The Law Office of James M. Hoffmann at (314) 361-4300 for a free consultation.