Assault in the workplace entitles an employee to workman’s compensation if injuries are sustained.  Unfortunately, sexual harassment is also a problem that many American workers have suffered. 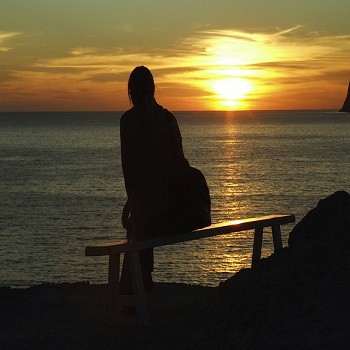 When sexual harassment turns into sexual assault, it becomes not just an issue of workman’s compensation, but also a criminal offense. If you have been sexually victimized at work you have the right to not only seek compensation for your physical and emotional injuries, you also have an obligation to report the crime. Contact a Missouri workman’s compensation attorney to help you get through this awful ordeal and ensure that not only are you able to seek medical and emotional assistance, but that the perpetrator is brought to justice.

Reporting the Crime and Seeking Compensation

The trauma endured by a rape victim is unimaginable. California recently passed ground-breaking legislation allowing workers in the sex industry to seek compensation for rape injuries, even if the scope of their employment is illegal. This sets a precedent allowing them access to state funds that will pay for any medical treatments necessary as a result of the assault. Prior to this change, a rape victim who was working in the sex industry felt further victimized by the inability to report the crime or seek compensation for the medical expenses.

A victim of this violent crime is often left emotionally scarred and will often times present signs of post traumatic stress disorder. This is a serious mental condition that requires extensive therapy to overcome. It has drastic effect on the patient’s ability to live a normal, functional life. A sexual assault victim has the right to access treatment for this condition through their workman’s compensation insurance if the crime occurred at their place of employment.

The Trauma Endured by Victims of Sexual Assault

A workplace related rape case in Missouri came under heavy scrutiny a few years back when a fast food worker was assaulted by a co-worker. The employee hesitated at first before reporting the incident, even though in this instance the delay was just a day after, still well within legal guidelines for reporting a work related accident. With little sign of physical trauma, the employer, a well known fast food chain, denied her claim.

As is common with a rape victim, the young woman began to suffer severe psychological effects from the attack and re-filed the claim, this time for reimbursement of lost wages and psychological care. The issue in this case turned to how much weekly benefit she should receive based on her salary at the time of the incident. She was unsure of how much she was earning at the time and asked for the full amount allowed by law. The initial decision of full compensation was overturned at first and then reinstated as a result of the chains untimely response to the claim.

Giving Power and Justice to Victims

The fact that this young woman, traumatized by a violent crime, had to endure such scrutiny from her employer afterwards is the reason why many women hesitate to even report it. Hopefully, the changes in California law will inspire other states to do the same, making sexual assault in the workplace a reportable offense no matter what the circumstance. This will empower women in every field to feel safe in reporting the crime and seeking compensation for the injuries that occur. Although it may be difficult to discuss, it is important that you seek the help of The Law Office of James M. Hoffman at (314) 361-4300 if you are unfortunate enough to be sexually assaulted at work. They will stand by your side to ensure that you receive the compensation and justice you deserve.