Will you receive workers’ compensation benefits if you are injured on the job as a result of horseplay with co-workers? 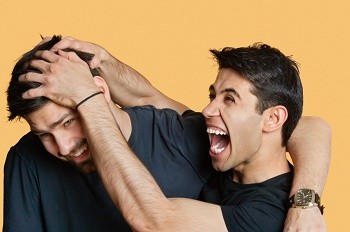 Missouri law states that injuries resulting from a work-related task will be eligible for compensation; whereas, those sustained in horseplay may not be. Employers and insurance companies, while investigating work-related injuries, always check whether any horseplay was involved among the employees which resulted in the injuries being cited for compensation claim.

The Legal Definition of Horseplay

To understand the effect of horseplay on a workers’ compensation claim, we must first know the legal definition of horseplay and how employers and insurance companies use the clause to deny compensation. ‘Horseplay’ or ‘goofing off’ is an act of having rough fun, it is a dangerous activity, and can result in injuries.

Horseplay is not accepted in the workplace as it does not contribute to productive work being accomplished; rather it may be hazardous for employees. In case someone has been injured while being a victim of horseplay and not being a participant, he or she is eligible for receiving workers’ compensation for the injuries sustained. Three examples of horseplay which resulted in injuries and the status of compensation claim in each case will be helpful in understanding the effect of horseplay on workers’ compensation.

Case Studies of Horseplay Among Employees

If you have been denied your workers’ compensation claim, because of an event of horseplay, consult The Law Office of James M. Hoffmann at (314) 361-4300 for a free case evaluation.